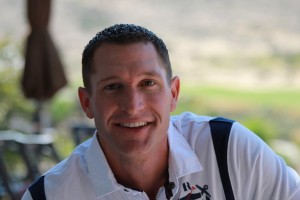 Dr. Hansen is a long-time Reno/Sparks, Nevada resident who returned home after several years in the engineering field in the space-defense programs in Southern California immediately after earning his bachelors and masters degrees in mechanical engineering from the University of Nevada in Reno. Not content with aerospace and its government bureaucracy, and longing to return to Nevada, Dr. Hansen elected to enter a four year chiropractic program to become a doctor where in three years he graduated with honors and managed to take his doctorate as valedictorian with summa cum laude distinction from Western States Chiropractic College in September of 2003.

In May of 2004, Dr. Hansen opened his chiropractic practice. While chiropractic care is the treatment of choice for joint related pain problems, he came across several patients who had been through every type of treatment, including surgery with no resolve. He began to look for alternatives to surgery. After months of research, he found a non-surgical spinal decompression method which provided a comprehensive decompression treatment package. In 2008, he and his staff began successfully treating those suffering from disc herniations, disc bulges, degenerative disc disease, sciatica, and stenosis with tremendous unprecedented results. In 2011 Dr. Hansen founded PSI Inc. To further ensure successful patient outcomes, he brought into the practice a Class IV Deep Tissue Laser from Lightcure Medical